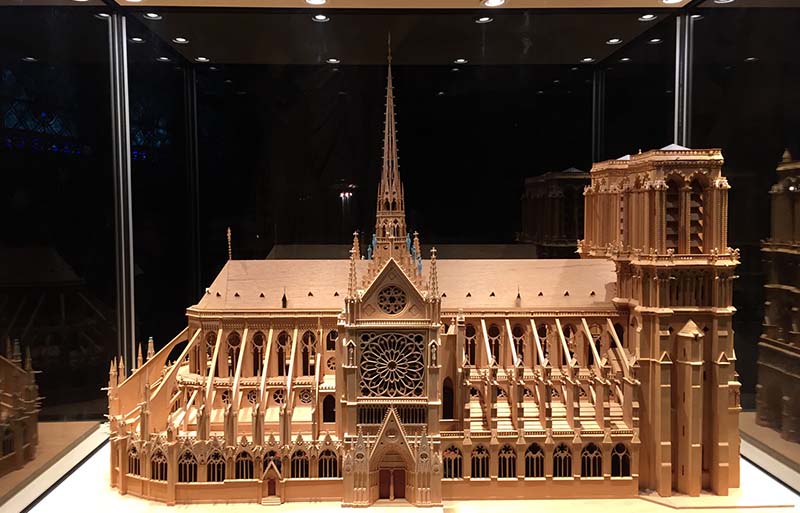 April 15, 2019 – It is 12:30 pm in Washington, DC and nearing sunset in Paris. It is the day after Palm Sunday. It is Holy Week for Christians. Suddenly a conflagration of fire and smoke appears on our iphone’s news app documenting Notre Dame de Paris, a medieval Catholic cathedral located on the Ile d’Cite in the 4th arrondissement in Paris, on fire.

I think we all—the world—are in shock about Notre Dame’s roof spontaneously catching on fire. The image of the burning spire and the cathedral’s roof engulfed in flames is heart breaking. This cathedral is the symbol of France, of literature, of Catholicism; it exemplified how the human spirit can elevate itself to reach for the heavens. Who can forget reading Victor Hugo’s The Hunchback of Notre Dame and burrowing like the beast in the dark recesses of this church and finding sanctuary?

“He therefore turned to mankind only with regret. His cathedral was enough for him. It was peopled with marble figures of kings, saints and bishops who at least did not laugh in his face and looked at him with only tranquillity and benevolence.”—The Hunchback of Notre Dame

I saw the cathedral’s fragile spire collapse in upon itself on television, much like 17+ years earlier I watched the twin towers collapse in New York City. I can only imagine the sadness of the Parisians who watched in horror as this city’s landmark spewed smoke and spit fire—a deranged dragon at loose on the church’s 12th century roof. It took two centuries to build the Notre Dame. It took less than two hours for the raging fires to pull down its ethereal spire.

French writer and historian Camille Pascal said the fire has caused “the destruction of invaluable heritage” and “we can be only horrified by what we see.”

I have attended mass at Notre Dame with my family. I also took my sister to mass in 2014. It is a singularly spiritual experience. As a family we always delighted that we heard the mass in French but we could understand instinctively what we were supposed to do since the mass is celebrated in the same way around the world.

I recall this quote by Claude Frollo in Hugo’s novel—“I wanted to see you again, touch you, know who you were, see if I would find you identical with the ideal image of you which had remained with me and perhaps shatter my dream with the aid of reality.”

I want to see Notre Dame cathedral whole again, to touch its centuries-old walls, gaze up at its celestial ceiling, keep its ideal image lovingly cataloged in my memories.

I will never forget the televised image of Parisians and visitors singing Ave Maria as night fell and the conflagration was contained.

“Ave Maria, maiden mild / Oh, listen to a maiden’s prayer / For thou canst hear amid the wild /’Tis thou, ’tis thou canst save amid, despair …”

Our Lady of Paris survives. 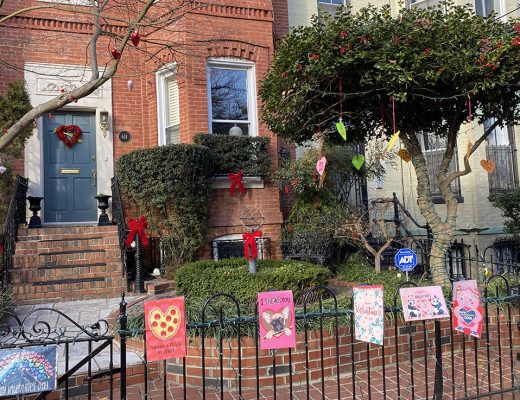 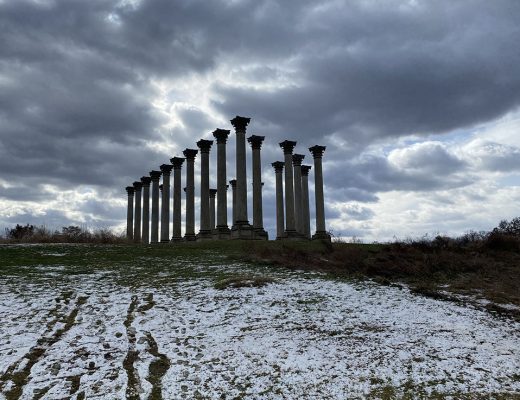