Right before the pandemic was declared in March 2020, I attended the free U.S. Capitol Tree Tour organized by the U.S. Botanic Gardens. Getting a ticket for this seasonal tour (which is only conducted four times a year) is quite hard so there was a waiting list of 50 people! Luckily I knew to reserve my spot in December. The U.S. Capitol grounds is one of my favorite places for solo walks.

One of the reasons this walk is so popular is due to the guide: Melanie Choukas Bradley. She wrote the definitive book on Washington’s trees—City of Trees. It was first published in 1981. It is now in its 3rd edition. In her book, Choukas-Bradley describes the U.S. Capitol Grounds as “one of the world’s finest arboretums” with more than 3,000 trees from four continents planted on the U.S. Capitol, Supreme Court and Library of Congress grounds.

My U.S. Capitol Tree Tour occurred on a freezing cold day in February. We all resorted to tucking packets of hand warmers in our gloves after only 30 minutes of our walk. The wind whistled through the trees. My toes turned into ice cubes before the three-hour walk ended.

What I love about walking in familiar woods or groves of trees is the sense of home. I imagine the trees as a community that awaits its favorite visitors to return. I am a tree hugger. When I wrap my arms around the trunk of an elder tree, I connect with my ancestors. A tree like a Sequoia can live hundreds of years. There is nothing better than to simply stare up into the huge canopy of these kind forest giants and feel a sense of calm descend. It is a cathedral where you stand in awe under the shadow of its dome. And during the pandemic, earth’s the right place for love and comfort among the groves of trees.

“Trees are poems that the earth writes upon the sky.”― Khalil Gibran

The main credit for the landscaping of the U.S. Capitol Grounds goes to Frederick Law Olmsted, who was already famous for his design of New York’s Central Park. The City of Trees might not deserve this moniker if not for his diligence in thinking about how Washingtonians (and visitors from around the world) would use this public space, according to the Architect of the Capitol.

“In 1873, Congress commissioned Olmsted to design the enlarged grounds of the U.S. Capitol. After careful study, in June 1874 he presented a plan for a sophisticated landscape that highlighted the building it surrounded. His symmetrical design incorporated park-like edging, low walls, careful placement of trees and simple shrubs, and a series of curved walkways that afforded attractive views of the Capitol.”—Architect of the Capitol

We learn on our U.S. Capitol Tree Tour that Olmsted later added a brick summerhouse to his design. He wanted to provide visitors with a drinking fountain and a cool place to rest. I felt like I stepped back to the 19th century when I sat down in this little hideaway.

Our U.S. Capitol Tree Tour begins at one of the largest trees on the Capitol Grounds. Choukas-Bradley jokes that “this tree is in the witness tree protection program of the National Park Service. It is a very historic tree. They don’t know when it was planted but it was here in 1922 … So 98 years ago, this was already a huge tree. Around the 1850s a landscape designer named Andrew Jackson Downing planted groves of trees on the mall. There were circular walkways and carriage ways. Then just after 1900 at the turn of the century the McMillan Commission went to Europe, came back and wanted to return Washington to Pierre L’Enfant’s original design with this open mall. So they cut down a lot of trees. And it was hugely controversial. I imagine that many of us would have been out protesting. They wanted to open up the mall again. And this tree was one of the survivors.”

The tree reminds me of grandfather who looks over his brood at a family reunion. His limbs are stretched wide to welcome all who visit him. Even though it is winter, he wears his “hat” of sprawling branches.

“Trees have long thoughts, long-breathing and restful, just as they have longer lives than ours. They are wiser than we are . . .”―Herman Hesse

A bright blue sky studded with white clouds provides an ethereal ceiling for his woody home. This tree is wise. I feel like I could sprawl on the ground in a lap of light.

Another popular tree seen on the U.S. Capitol Tree Tour is the London Plane tree. It can readily be identified by its bark. Groves of the white trees can also be seen on Theodore Roosevelt Island as well as along the Potomac River on the tow path. The bark peels off so the tree.

Choukas-Bradley described it as a “army camouflage pattern.” The London Plane produces a “fruit,” which looks like a tiny ball. It spills out feathery hairs packed into the center with the seed on the outside. They start to break up and during the winter turn into parachutes that “snows” down on the ground.

“I find it incredible that a tree which can live hundreds of years rooted in the same place starts life out flying through the air,” said Choukas-Bradley, turning poetic.

A similar type of tree which is not native is the sycamore tree. On the Capitol grounds, the sycamore was chosen as the “memorial tree” to honor Emmett Till. Sycamore trees can also be found near the Potomac River.

One of the most impressive trees is the white oak, which is the state tree of Connecticut, Illinois and Maryland. Oak provides much needed shade. The rounded lobes (five to nine on a leaf) remind me of a journey around a river which weaves in and out. It produces the acorn as its fruit, with its signature bowl-shaped cup.

“The creation of a thousand forests is in one acorn.”―Ralph Waldo Emerson

Another beautiful specimen seen on the U.S. Capitol Winter Tree Tour is the magnolia, of which there are multiple varieties. The Southern magnolias—which are up right around the Capitol building—are evergreens. Other commonly cultivated magnolias in Washington, D.C. include sweetbay, cucumber, umbrella, bigleaf and saucer magnolias. According to City of Trees, the saucer magnolia is more widely planted in the city than either of its parents or any other Asian magnolia. Its blossoms are typically pink.

We already could see buds that were opening in late February due to the abnormally warm temperatures earlier in the month. Flowers emerge before the leaves. Magnolias can blossom with deep pink or white “cup” flowers. “We’ve got at least a dozen magnolias in Washington,” said Choukas-Bradley.

I also can “blossom watch” much closer to my home by checking the tiny grove of Yoshino cherry trees (Sakuru) on the Capitol grounds. Their gnarled trunks remind me of gnomes from the race of Elves in J. R. R. Tolkien’s The Book of Lost Tales. The trees hunker down on brown earth. But in just a few weeks’ time, their branches will be arrayed with necklaces of pale pink blossoms. And there will be a carpet of delicate pale petals that covers the sweeping green lawn.

“Moon at twilight a cluster of petals falling from the cherry tree.”―Masaoka Shiki

I think one of the most touching memorials could almost be missed if you didn’t have a map of the grounds. To the far end on the First Street NE side, you will find the Sullivan Brothers Memorial Trees. Across the street lies the Library of Congress. Imagine if you will a modern day stone circle, like the Ring of Brodgar in Orkney, except substitute trees.

These five Japanese flowering crab trees stand guard together, just like the Sullivan brothers—George, Madison, Albert, Francis and—of Waterloo, Iowa. They received special approval to “stick together” as a family when they enlisted in the Navy during WWII. “All of the brothers gave their lives in the defense of their country when the U.S.S. Juneau, on which they were serving, was sunk due to enemy action in November 1942.” (Source: Architect of the Capitol) I stand there quietly to honor their bravery. It is just one of the many hauntingly beautiful areas to visit on the U.S. Capitol grounds. And I remember the words of John Muir that “the clearest way into the Universe is through a forest wilderness.”

You can take a virtual tour of the U.S. Capitol Grounds by clicking on a map on the Architect of the Capitol website. I discovered a search tool that allows you to research different trees which honor famous people. Here are a few of the more famous trees:

Website description: “Jewish teenager Anne Frank and her family went into hiding to flee Nazi persecution during World War II. “The Diary of Anne Frank,” with her thoughts, wishes and experiences from that time has gone on to be read by millions.”

Website description: “In 1955, African-American teenager Emmett Till of Chicago, Illinois, was visiting relatives in Money, Mississippi, when he reportedly flirted with a white woman in a small grocery store. Four days later, he was abducted, beaten and shot. His body was later discovered and retrieved from the Tallahatchie River. An all-white jury acquitted two white men of the murder. Till’s death and open casket funeral galvanized the emerging Civil Rights Movement.”

Website description: “Cherokee Chief Sequoyah is credited with taking the traditional spoken word and developing a written language. The chief is rendered in a bronze plaque in the Library of Congress and represents one of two statues from Oklahoma in the National Statuary Hall Collection.” 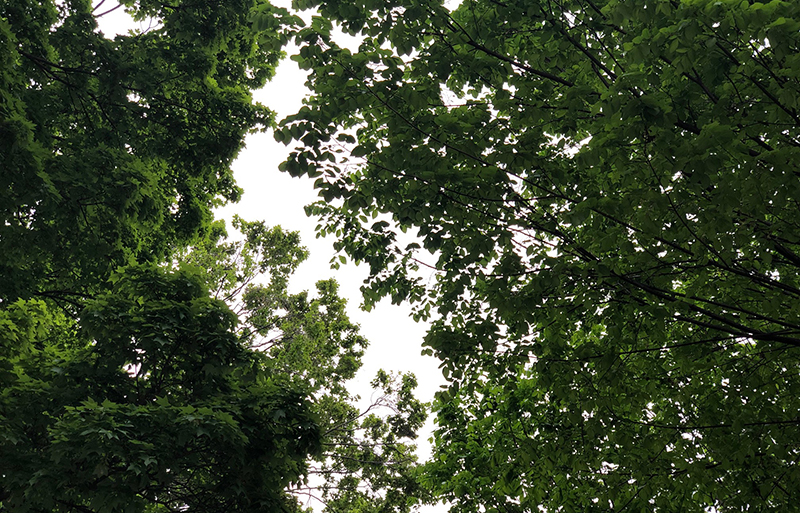 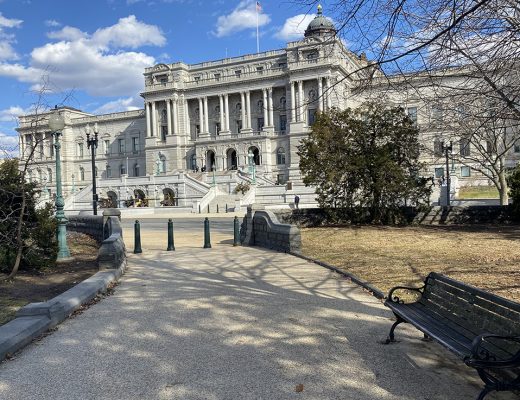 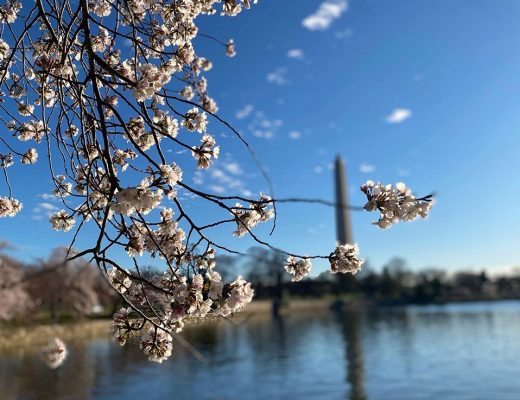