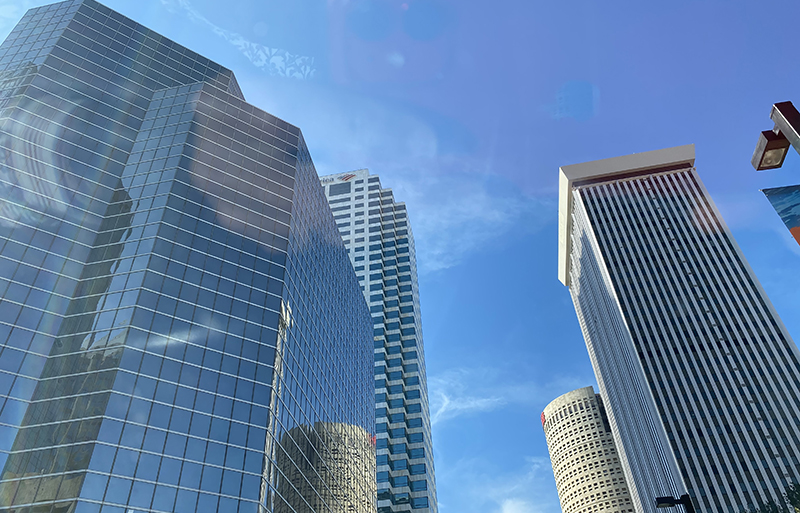 Strolling down the downtown Tampa Riverwalk, I marveled at the “other Florida” I discovered on my East Coast Road Trip. No nightclub Miami vibe here. Forget Mickey’s Orlando getaway. Just West Florida charm. Tampa is a city that straddles two worlds—its century-old Ybor City Cuban heritage and its skyscraper reincarnation. 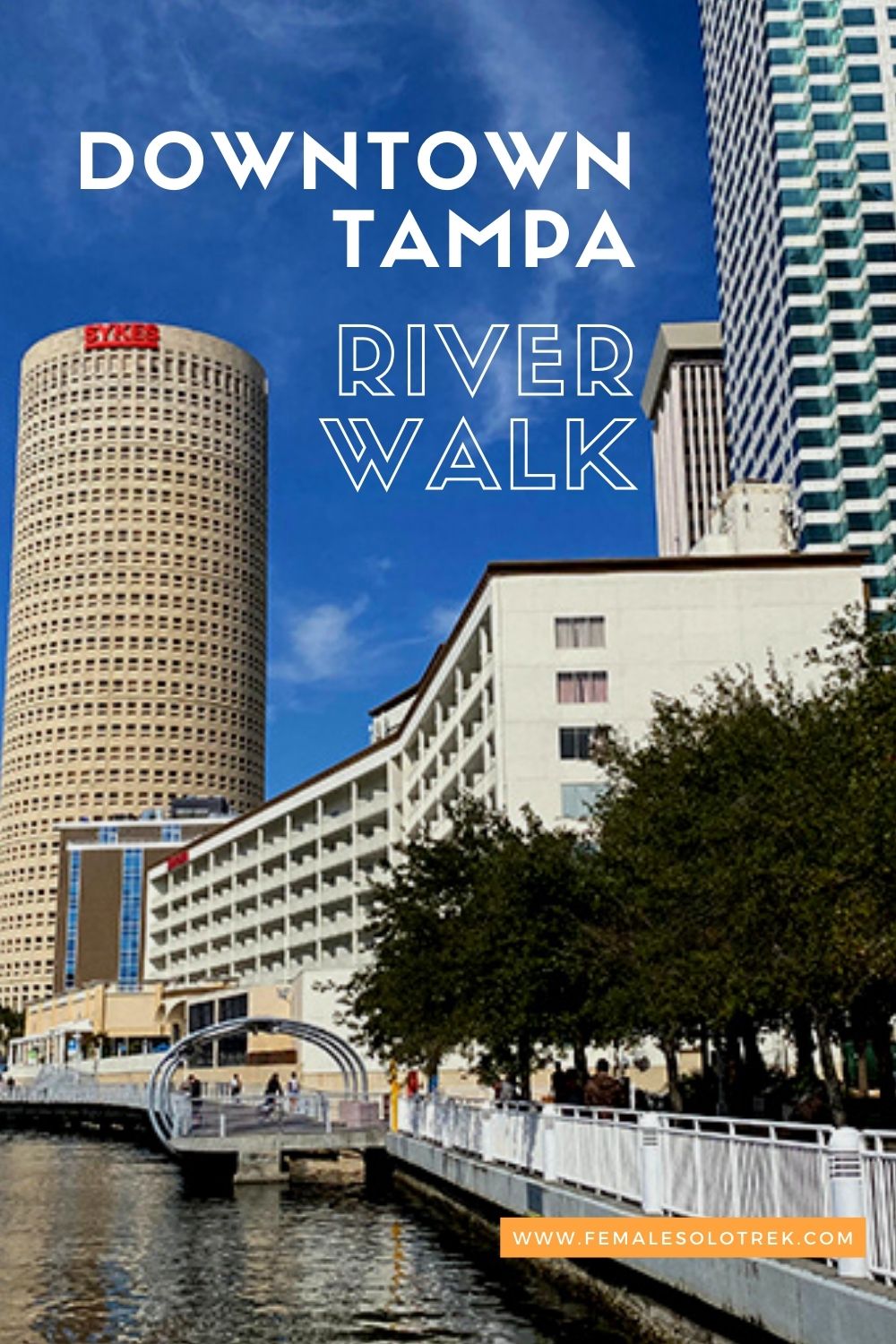 And in eight days, Tampa hosts the 2021 Super Bowl. And for the first time, a Super Bowl contender will play at Home Stadium. Go Buccaneers! So you can imagine Tampa is feeling a little cocky — ok let’s admit it bullish — about itself. 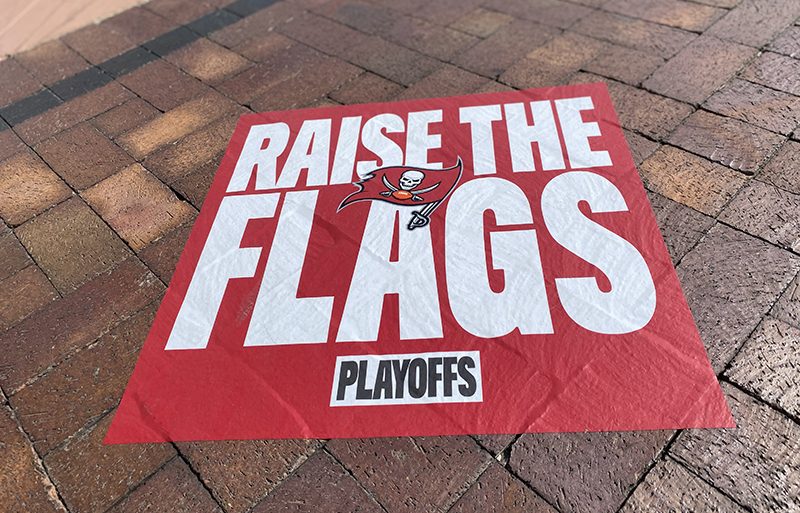 Now a typical Super Bowl will draw thousands of football fans who come for football’s Biggest Day of the Year contest. But due to the pandemic, the city of Tampa will drastically reduce the attendance at its Raymond James Stadium. But I am not here for football.

Since I want to see outdoorsy Tampa, I choose to explore the 2.6 mile downtown Tampa Riverwalk. It is a sprawling outdoor museum, a pirates cove, a colossal children’s playground and an adult’s gym. It is rated #13 of 178 things to do in Tampa, according to Trip Advisor.

Visit Tampa Bay is a great source for all things to do in Tampa. 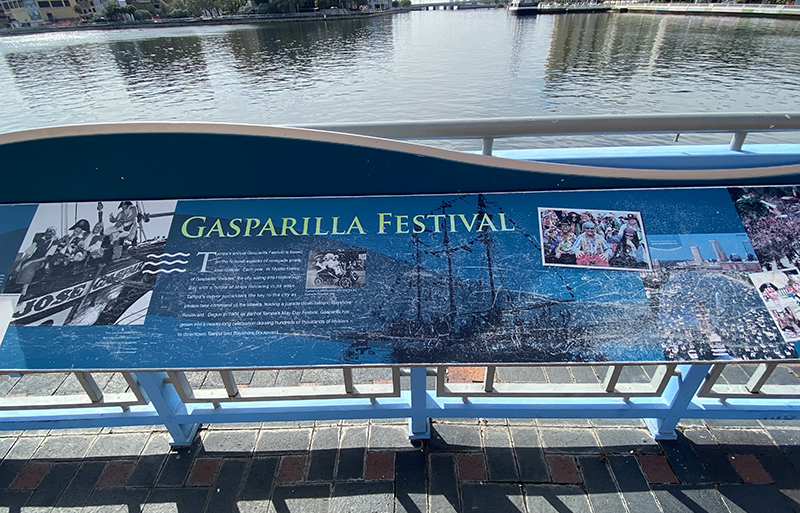 For the millions who attend conferences in Tampa each year, it also lies just outside the doors of the Tampa Convention Center. And a brisk walk can offer a respite from a full day spent looking at Powerpoint presentations at a business convention. But on this Sunday, I see an empty convention center (a sad truth mirrored across the United States as conventions go virtual during the pandemic). Today it is being used by athletes getting in shape for their next marathon. They briskly run up and down the building’s steep white steps.

Truthfully, on this Sunday (and probably any weekend year round in this temperate weather zone), the downtown Tampa Riverwalk is a people mover. Everyone is on a quest to relax, eat or exercise. I found the Big E was the chief occupation during my morning walk. Truth be told, the Tampa Riverwalk looks like a conveyor belt with bicyclers, runners and walkers. And who wouldn’t want to soak up the sun exercising along the river? And you’ll never be lonely on the Riverwalk if you visit the Monument Trail. 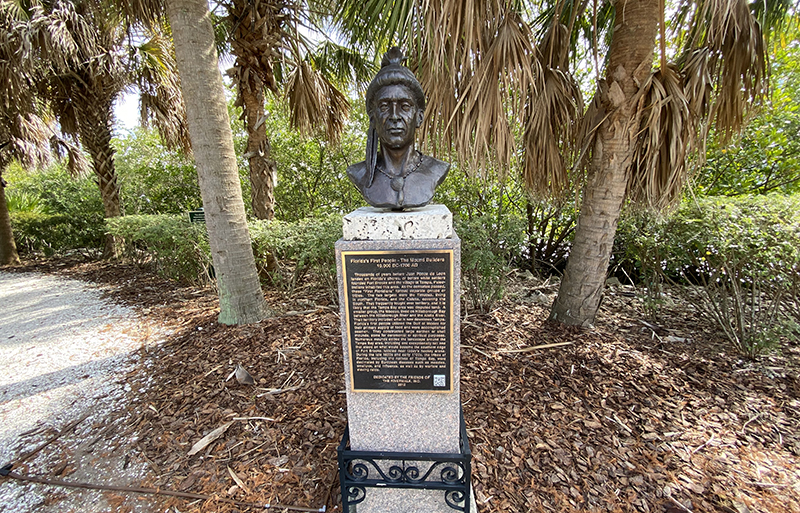 But I had a purpose. My goal was to see as many of the major destinations highlighted on my downtown Tampa Riverwalk walking tour map. It was a free PDF download from Friends of the Riverwalk. This non-profit entity works in tandem with the City of Tampa to protect and publicize this waterfront jewel for residents and visitors.

“Our goal is to enhance the quality of life and build a stronger sense of community for Tampa Bay by preserving the waterfront for use by our citizens and visitors in a way that inspires a sense of ownership and invites active participation in city life.”

This website is a must-see resource for events, and festivals. 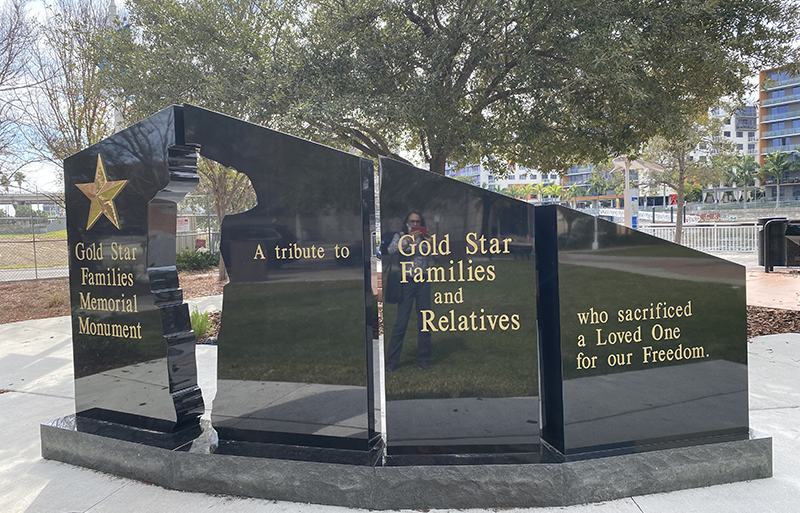 I start my walk at Tampa’s Gold Star Families Memorial Monument—a major stop on the downtown Tampa Riverwalk. There are scenes etched on each of the four panels: Homeland, Family, Patriot and Sacrifice.

“At the center of this tribute, is a silhouette of a saluting service member which represents the Legacy of the Loved Ones who have paid the ultimate sacrifice for our Freedom.”

Families take turns popping their head through the opening for photos. 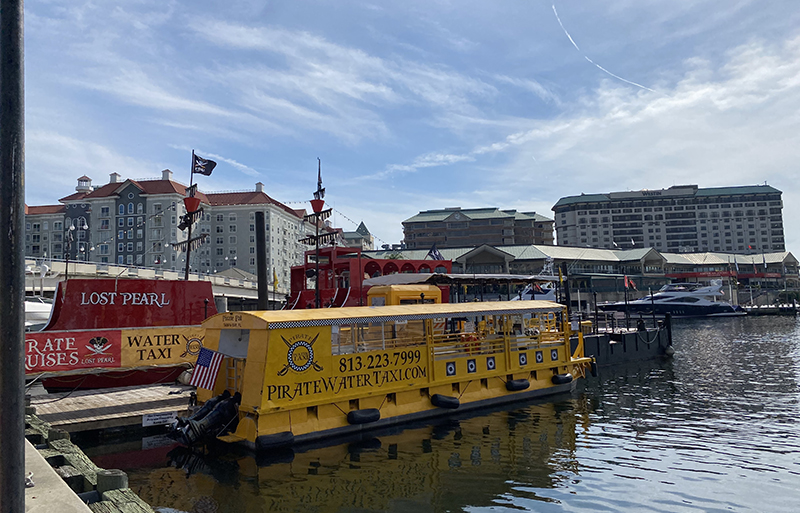 The demographics of Tampa trend young … and swashbuckling. As the home of the Gasparilla Festival (West Florida’s version of the Mardi Gras), downtown Tampa Roverwalk is a magnet for pirates … of all ages. “Arrrgh You Ready For A Pirate Cruise?” There are options galore for short and full day cruises around the bay.

You can even learn the history of Tampa’s Gasparilla pirate festival aboard the Lost Pearl’s 1.5 hour cruise. Speaking of water transportation, you can easily navigate to your favorite stops on the downtown Tampa Riverwalk by booking transportation on the Tampa Water Taxi Company offers departure and pickup locations from 327 locations in Tampa. Consider it Uber on water. 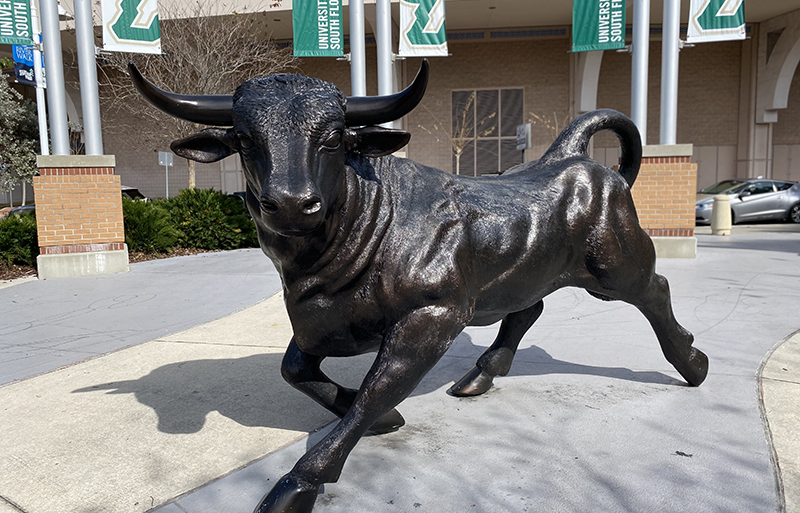 This Gulf Coast city is home to thousands of iGen (also known as Centennials) college students. This was the third stop on my See Tampa in A Day whirlwind tour—The University of Tampa. Frankly I don’t know how the professors manage to keep their students at their desks when Tampa Bay bars and restaurants beckon just outside.

This city offers everything—pirate ships, cheap ethnic food (Cuban sandwich) and rowing on Tampa Bay. Plus you don’t want to miss a popular bull that makes his home on the downtown Tampa Riverwalk. He is a symbol of great pride to UT students and alumni. On my visit, I observed countless people lining up for their Instagram post with the UT Bull. 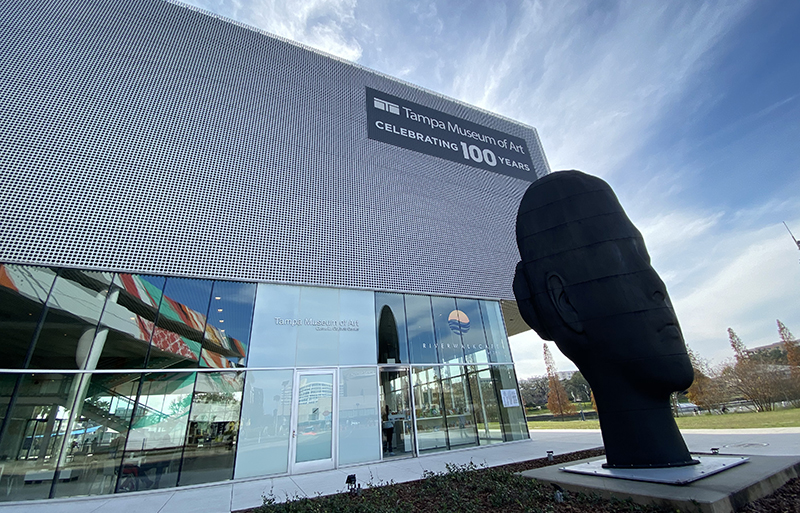 This city landmark turned 100 years old in 2020. The 66,000-square-foot modern facility opened in 2010. It was designed by architect Stanley Saitowitz. TMA is a major stop at Gasparilla Plaza. I saw young and old lounging on steps, laying on the grass, flying kites and picnicking. Meanwhile, the architecture encourages contemplation through its free outdoor art installations.

“With a 14,000 square-foot LED installation of Leo Villareal’s Sky (Tampa) illuminating the south façade and the Museum’s 23-foot tall cast iron sculpture Laura with Bun by Jaume Plensa silhouetted in front of the north façade, the Tampa Museum of Art stands as an iconic landmark of downtown Tampa.”

Although the museum is limiting attendance during the pandemic, it is open to visit. 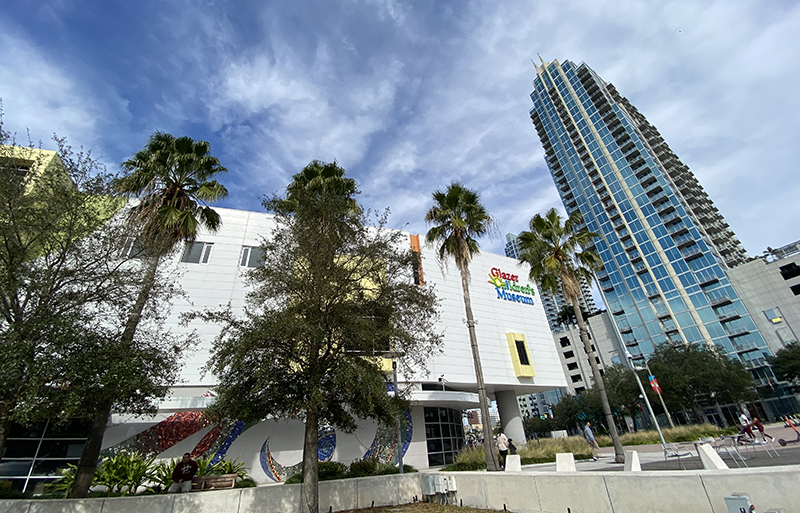 Standing adjacent to the art museum is a facility dedicated to play. Glazer Children’s Museum moved into their new location at Curtis Hixon Park in 2010. The facility is celebrating “10 years of play.”

“Play with purpose at the Glazer Children’s Museum, Tampa’s interactive, learning laboratory where children play, discover, and connect to the world around them to develop as lifelong learners and leaders.”

Pretend activities include putting on a show in the Twinkle Stars Theater, caring for pets at the Vet Clinic, creating new worlds in the Fort and saving the Day in the Firehouse. 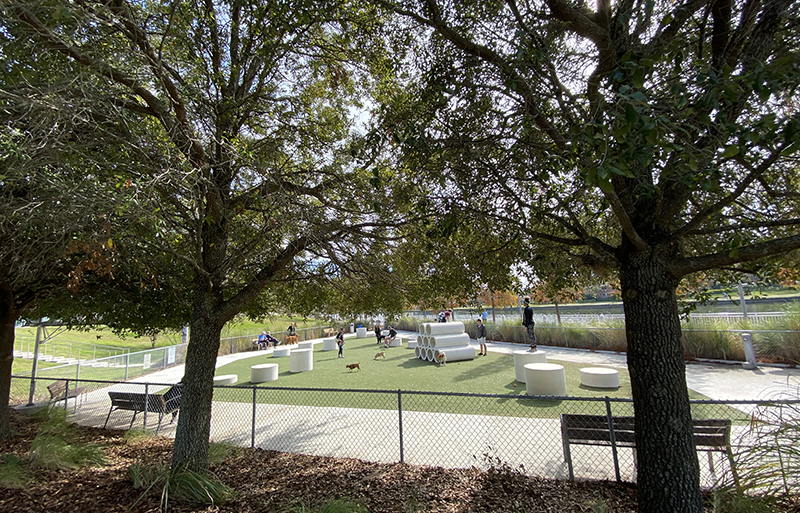 Our four-legged friends also like to play … and bark … and chase tennis balls. And there is no more popular destination than the dog park. Children (in size and spirit) can run and play in these delightful fenced in park located next to the Tampa Museum of Art. It’s also a great spot to lounge on a bench and just dog watch. 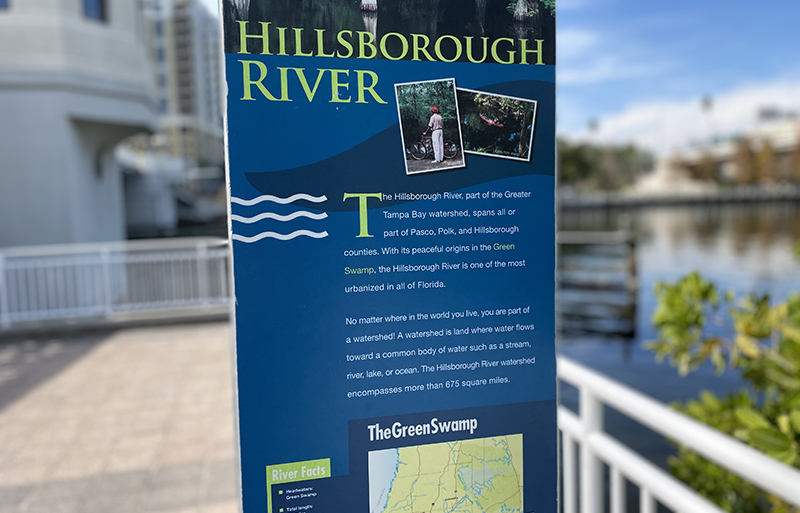 Friends of Tampa also offer a scavenger hunt on their website. During their walk on the Downtown Tampa Riverwalk, visitors are asked to find the favorite watering hole for our four-legged friends, the words to a famous Judy Garland song and the Gasparilla Parade began. Answers can be posted on Facebook. Another interesting fact: the Hillsborough River is one of the urbanized riverfronts in all of Florida.

Tampa is definitely a city which I plan to visit next time I stay in West Florida. Who doesn’t want to be a pirate for a day? Instead of walking the plank, I suggest you walk along the Hillsborough River. See Downtown Tampa Riverwalk! 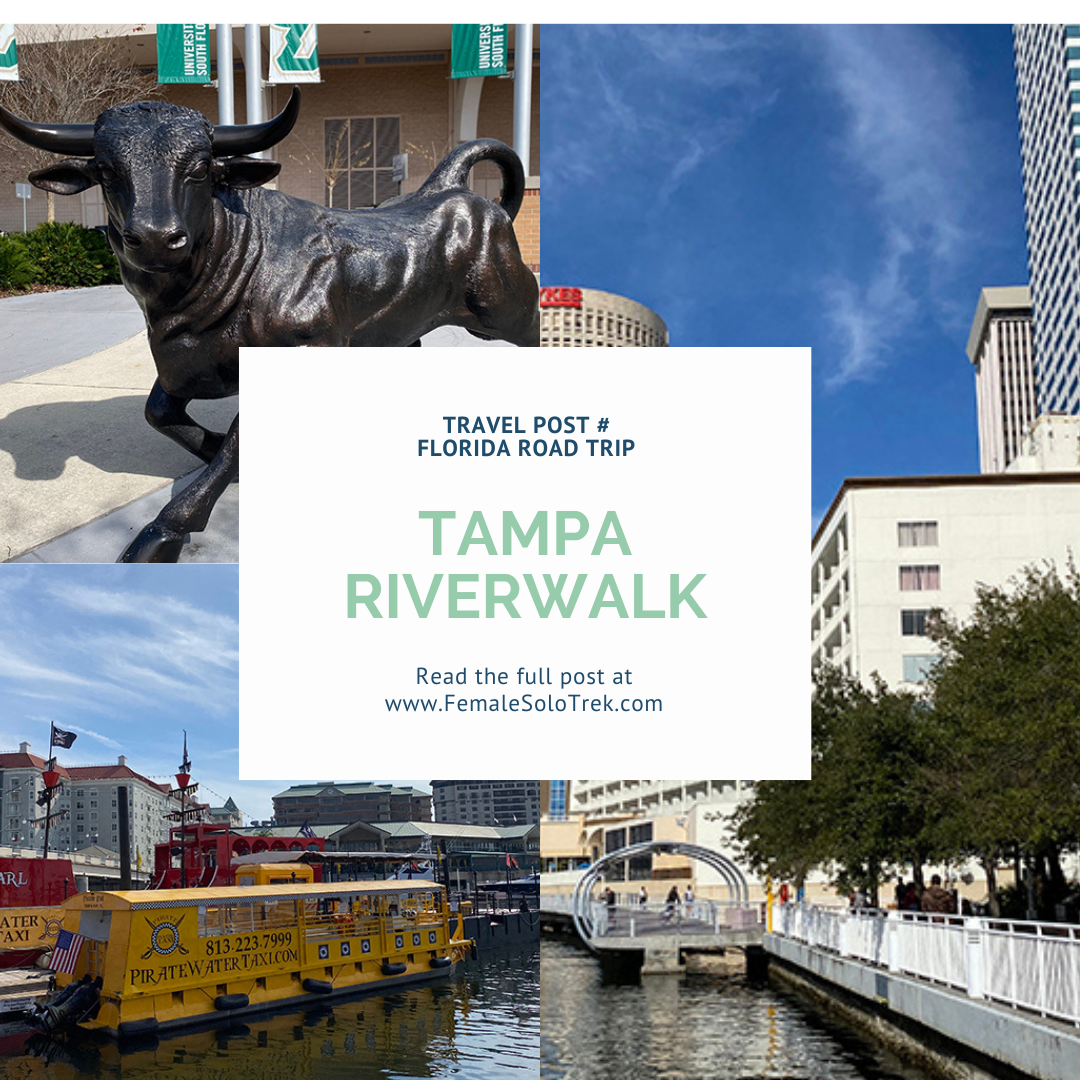 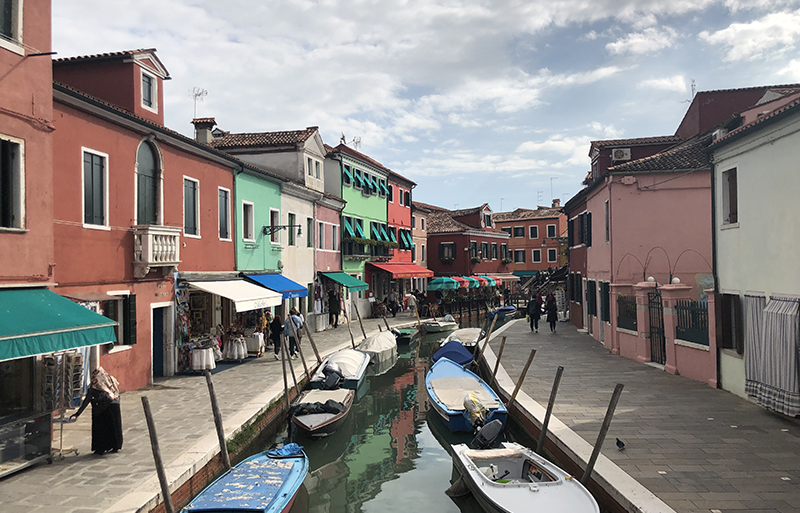 Exploring the picturesque Island of Burano in Italy 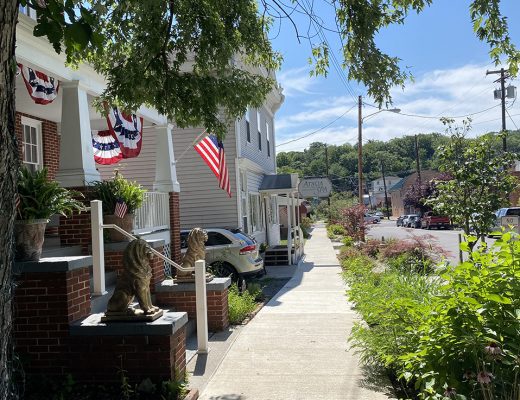