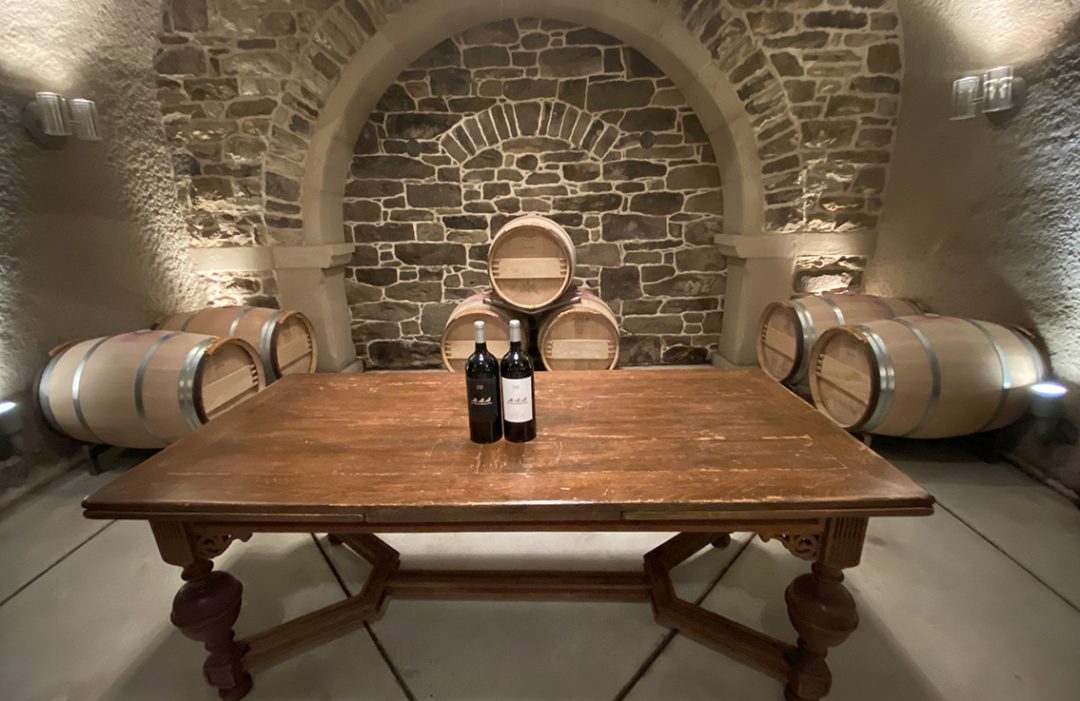 I escape to Bordeaux by way of a Delaplane winery on an 80-degree day in May. My destination is Virginia’s RdV Vineyards. With no trip planned to France in the near future due to Covid, it is an easy escape. Nestled in the foothills of the Blue Ridge Mountains, it is a short 60-minute trip from Washington DC.

RdV celebrates its 10th anniversary in 2021. While some people scoff at a “Virginia vineyard” being on par with French wineries, RdV wins the argument. But this does come with a price tag.

A typical tasting at a Delaplane winery costs $15-$20. I usually get four to five small glasses to sample. This is true of most Virginia wineries.

At RdV Vineyards, we need to make a reservation to visit this Delaplane winery. The tasting costs $70. There will be three “small sip” glasses served. We also get a private tour of the winery. Outrageously expensive? Yes. But with one sip of the warm vintage, I feel in the clouds with Bacchus, the god of wine. I revel in the generous notes of black cherry cordial, macerated pomegranate, and smoky tobacco.

But I am jumping to the conclusion without relating the journey. I am visiting RdV Vineyards to co-celebrate the May birthdays of my daughter Claire and my niece Karen. Both are favorite traveling companions. But Covid grounded me. Until it feels safe to travel abroad, I choose to stay in the states.

Rutger de Vink is the owner and vigneron of RdV Vineyards. The company’s name stands for his initials. But Rutger’s personality is stamped on the mission:

“To taste RdV is to taste the seasons, the land, the essence of this special place that cannot be found anywhere else on earth.”

A former Marine, he keeps the Semper Fidelis (“Always Faithful”) motto stamped on the floor of his winery. The granite land mirrors his rock-hard resolve to create extraordinary Virginia wines.

RdV Vineyards perches on a 30-foot plot of granite. The terroir rises like a checked board wall. Wooden fences divide ribbons of Virginia turf. And a sapphire blue sky shields the tiny green tendrils of the grape vines which just shyly peek out in May.

I stare open-mouthed at this vista when we arrive. Landscape painter Thomas Cole preserved America’s wilderness for posterity with his brush. This rural scene is worthy to be painted—especially the bonnet of the sun, sky and clouds covering the green earth.

Rutger searched for years to find the right place to build his winery. It was not California—but the Old Dominion (Virginia)—where he would stake his grapevines and his future.

The gamble was the terroir could produce a world-class wine by growing vines on a terrace, instead of risking roots perishing due to excessive rainfall and Virginia’s unyieldly clay soil.

“A vast expanse of granite beneath the surface, a steep and craggy slope—the elements meet here in just the right amounts.”

I can see why RdV’s clients choose to become members of the winery. This is the kind of place where you can enjoy a lazy afternoon, sitting under a tent and staring hypnotized as the green foothills.

Rutger realized that this land could produce a wine worthy of its French predecessors. Thomas Jefferson imported grapevines to the colony of Virginia before it was a nation Independent from Great Britain.

Architect, statesman, and third President of the United States, Jefferson was “an ardent believer in the potential of a Virginia wine to rival the best in the world.

“His first ambitious foray into viticulture began in 1773.”

Our foray into RdV’s wine culture starts with a private tour of the winery.

First, we must check in at this Delaplane winery. We are given a table outside. There is a tent roof to protect us from the sun. Already the temperatures exceed 80F at 1:15 pm. Next to us, four celebrants speak excitedly in French.

Our guide introduces himself as Andrew. He will guide our journey into this estate’s past. He starts by telling us how Rutger choose where to build his Delaplane winery.

A native of Virginia, Rutger comes out to the countryside to look for a potential location for his winery. “He wants to invest in agriculture. He has fallen in love with wine. Why not combine those two passions? He starts traveling and learning about wine. He heads out to California and then lands in Bordeaux, France where he lives for a few years. In Bordeaux, he falls in love with the idea of blending wines to become something greater than what they are alone,” explains our guide.

Rutger returns to Virginia in 2004. He is looking for land and comes across this potential property for a Delaplane winery. “In total, we have about 100 acres we are sitting on, of which 16 have been allocated for the vineyard. Now, why the hillside? Why not the rest of it? It is important (especially in Virginia) you know you are going to be receiving a lot of rain throughout the year. It is not necessarily good for the vines. You need to find something that is going to help deter that rainfall and mitigate,” says Andrew.

On RdV’s hillside, there is about a foot of soil followed by 40 feet of solid granite. “The soil is quickly saturated during rainfall. “Once this happens, the rainfall has nowhere to go but flow down this hillside and away from our vines. So leaving our vines dry whereas the land here, being clay soil, means the vines could stay wet for five to seven days, which ultimately is going to be detrimental to the quality of your grape,” he concludes.

Leading us indoors, we then descend the staircase into the bowels of the building. It is dark and secretive away from the sun. I feel a little chilled in the tank. But this is where the magic happens.

Andrew starts his lecture in front of the caramel-colored wooden casks that line the long hall. The air smells of musk and forest. The beige stucco walls seem to extend to infinity. Scalloped lights create a spotlight around the casks. At the far end is a long Empire wooden table where two bottles of RdV wine stand guard. This is a sanctuary where the wine must rest, each day improving until ready to be bottled.

RdV Vineyards celebrates four key dates between spring and fall. The growing season has officially begun. Budbreak occurred in mid-April. “We have three more landmark events ahead. Next is the breaking of the cap (early June) when you see those berries starting to form, the maturing of the grape (when it turns from green to deep red and purple color in August and of course the September harvest,” reports Andrew.

RdV handpicks all the grapes on the hillside. No machinery is used. It is going to be sorted (“with people like you and I”), destemmed, placed into a mechanical sorter (called the “optical sorter”) which is sorting the grapes based on the density of the seed inside the grape and then placed into the tanks where it will rest for 20 days.

“With 16 acres, hand-picking works fine. But in Bordeaux, these wineries have over 100 acres. Machine harvesting makes sense,” explains Andrew.

As we leave the wooden cask room, I see a granite wall. On the other side of the wall, this is where the alchemy occurs—rock, earth, rain, and air—for the last 10 growing seasons at RdV.

Our tour ends back outside where Andrew pours three wines—French, California and RdV.

“ . . . our Founder Rutger de Vink drew his inspiration from two of the world’s greatest winemaking regions—Napa and Bordeaux.”

We also sample Hourglass 2018, which is 100% Cabernet Sauvignon. Blueline Estate (Napa Valley) makes this wine, “considered one of the finest vintages in two decades.”

But the star is RdV’s own “Lost Mountain.” Its poetic name calls up the image of the lost Blue Ridge Mountain range, once believed to be part of this land in Delaplane, Virginia.

We celebrate the post-vaccinated world ahead with a sip of Dom Perignon (2009). Perhaps we’ll back on a plane to Europe by 2022. But for now, Lost Mountain is where we can escape. 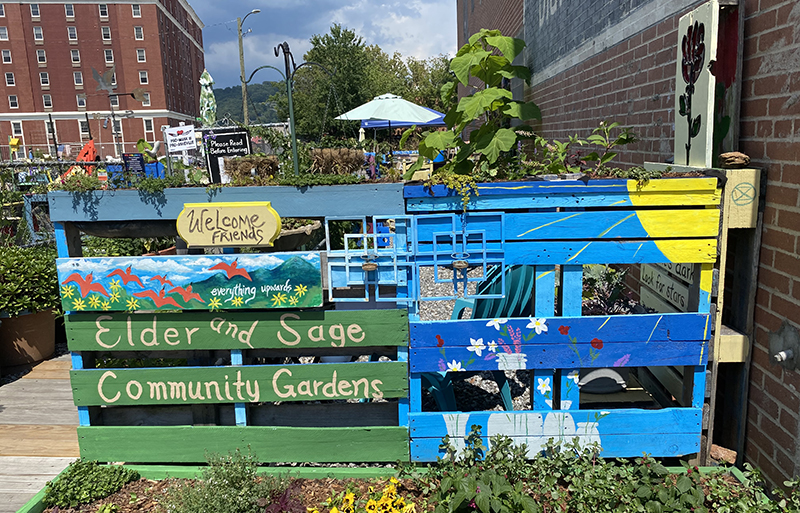 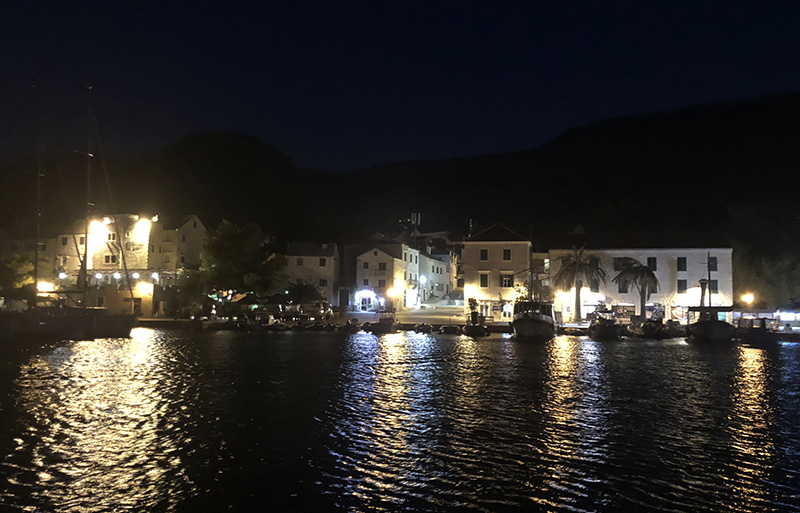 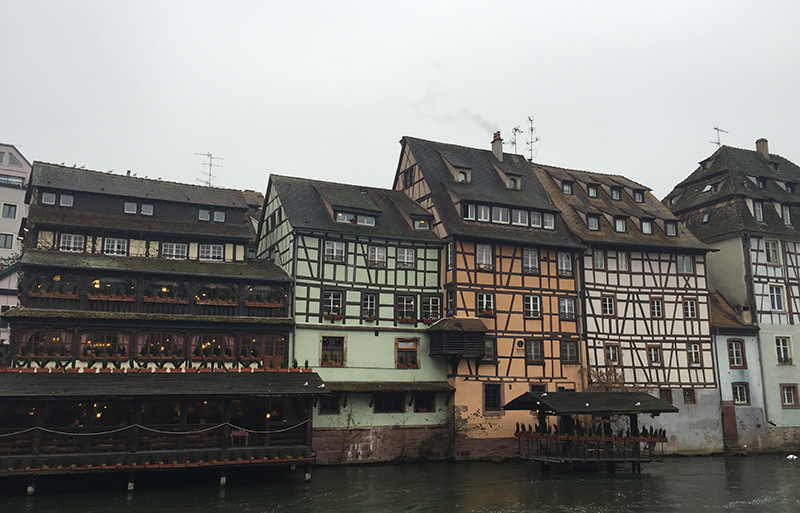