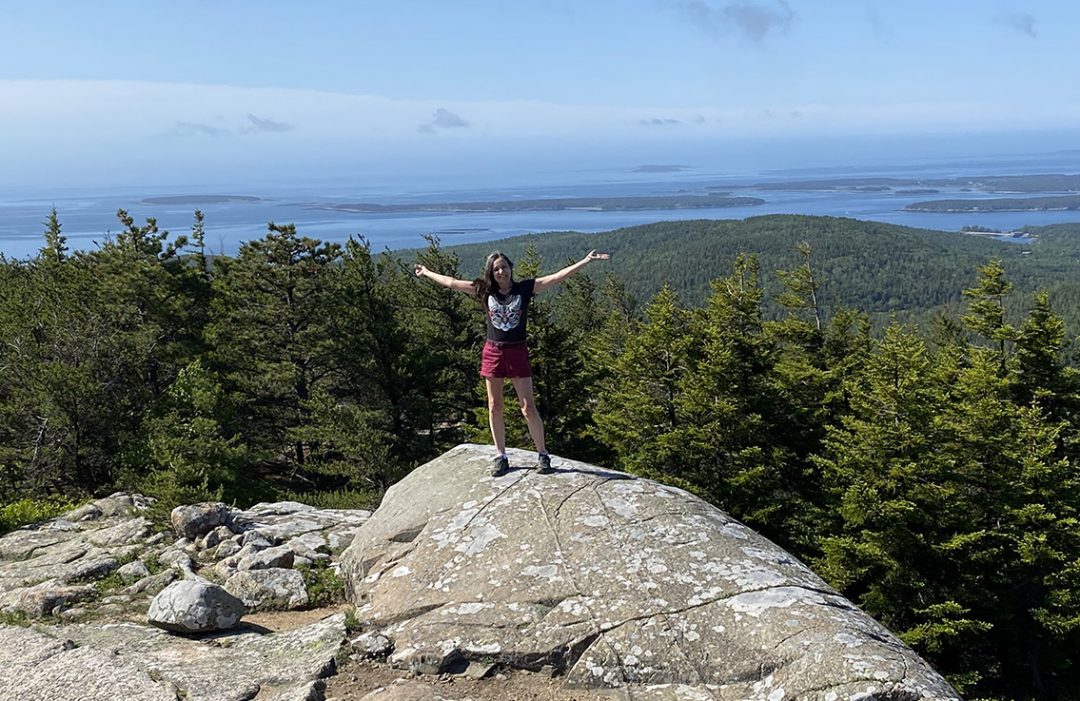 Acadia National Park is a mental as well as a physical destination. It’s a place I now return to in my mind whenever I want to relive my summit moments—the 360-views of ocean, mountains, and trees—I experienced hiking in June.

Acadia is not a physical single place, but a state of mind. But for most residents and visitors, it is a portal to an entire island experience, according to VisitMaine.com.

“The park is actually a series of beautiful places, all housed on different parts of Mount Desert Island, The Schoodic Peninsula and other islands along the coast of Maine.”

Most people probably do not know that Acadia is actually a French-Canadian culture that spanned the Atlantic Maritime provinces and eastern Maine. Explorer Giovanni da Verrazzano christened the entire Atlantic coast north of Virginia as Arcadia in 1524. The name originates from an Ancient Greek word.

There is a rather convoluted tale of how this tract of land started out as Lafayette National Park. But founder George Bucknam Dorr renamed it in order to get the U.S. Congress’ approval to add a huge undeveloped tract on the tip of the Schoodic Peninsula.

It is fitting that four centuries later that this land was rechristened Acadia National Park. The idea to preserve this land dates to 1901. Harvard President (and Northeast Harbor resident) wrote to resident Dorr to gauge his interest in forming a committee “to hold reservations at points of interest on this Island, for the perpetual use of the public.”

Formed in 1903, the Hancock County Trustees of Public Reservations purchased land on the land. Their mission was to preserve the scenic qualities of Mount Desert Island. Dorr served as the Trustees’ first Vice President and negotiated many of these land transfers.

“He chose Acadia ‘because of its old historical associations and descriptive character.’”

By the act of Congress, Lafayette National Park was renamed Acadia National Park on January 19, 1929. Dorr’s vision of saving acres of vestigial forests and mountains for future generations is exemplary. Like other national park heroes such as Theodore Roosevelt, John Muir, and Stephen Mather, Dorr was a visionary.

I felt the spirit of Dorr the Hiker through the cairns. Waldron Bates, one of the park’s first trailblazers, created the cairns. These little rock people are located throughout the trails. They seem to be the Guardian Angels of Hikers. Unfortunately, a lot of people like to mess with the cairns by rearranging their rocks or creating their own self-styled cairns. This is prohibited.

My friend Irma and I stayed in Bar Harbor for three nights in June. Our vacation was the perfect mix of strenuous activity and lazy sightseeing. A variety of accommodations are available in Bar Harbor including hotels, motels, B&Bs, cottages, and AirBnbs. Advance reservations are required at the three campgrounds: Blackwoods, Seawall and Schoodic Woods. According to the NPS, “there is no backcountry camping, “out-of-bounds” camping, or overnight parking allowed anywhere in Acadia.”

During the high season, hotel rates skyrocket. One tip is to avoid staying over a weekend as weekday rates are usually lower. You can also check rates for towns outside of Bar Harbor, such as Northeast Harbor, Southwest Harbor, Ellsworth, Bass Harbor, Tremont, Seal Cove, and Hulls Cove.

I didn’t realize that you can enter the park for free as there are trails accessible throughout Acadia National Park from the road. But if you want to use a parking lot inside the park, you can expect to pay $30 per private vehicle. There is a $15 fee for an individual to enter the park. The pass is good for seven days. If you plan to visit at least four national parks per year, the annual NPS pass costs $80. It’s a good investment. And individuals over 62 can purchase the Lifetime Senior Park Pass for $80, which is an incredible value.

To avoid the crowded parking lots on weekends, visitors should try the fare-free Island Explorer bus system. It resumed service in 2021 with limited routes and reduced passenger capacity.

In 2021, Acadia National Park implemented a reservation system for Cadillac Summit Road. Hopefully, this will prevent the traffic congestion resulting from record “pandemic-driven” attendance during 2020. (The number of recreational visitors to Acadia National Park amounted to approximately 2.67 million in 2020.)

I bought a special $6 pass online to drive Cadillac Summit Road by mistake. All I needed was my Park Pass to use Acadia’s parking lots. But we ended up following our hotel’s advice and simply parking on the road near a trail.

Vehicle reservations are required for Cadillac Summit Road through October 19. Vehicle reservations are not required for any other areas of the park, or for visitors who enter the area by foot, bike, or taxi, according to NPS. Cadillac Summit Road features a scenic three-mile drive to the highest peak in the park. Visitors enjoy panoramic views of the island.

Since we only had two days available to hike in Acadia National Park, we decided to tackle the longest hike—Cadillac Mountain South Loop—on Saturday. The RT hike from Route 3 takes 4.5 hours to complete. We trekked through dense forests, hopped over boardwalks, scrambled over rocks and ledges, and climbed several boulders.

Our pinnacle moment was not the summit—which unfortunately was crowded with cars and “drive in” hikers—but a large rock formation about halfway up the mountain. The views were sublime. And we particularly enjoyed meeting the enthusiastic college interns clowning around. We all took pictures of each other. It reminded me of the camaraderie hikers feel due to a shared passion for outdoor adventures.

On our hike back to the car, we had several “misadventures.” I had to carry the backpack down the mountain, which apparently messed up my balance. There are multiple sections where the slabs of rocks are quite slippery and dangerous. In my rush to keep up with my hiking partner, I fell quite hard. Bloody knees, hands, and a skinned chin were the results. Slow down! It is actually hard hiking downhill as your body doesn’t come with brakes!

Philanthropist John D. Rockefeller Jr. bankrolled the landscaped carriage roads in the early 20th century. There are 45 miles of rustic carriage roads inside Acadia National Park. They follow the mountain and valleys.

“Rockefeller, a skilled horseman, wanted to travel on motor-free byways via horse and carriage into the heart of Mount Desert Island. His construction efforts from 1913 to 1940 resulted in roads with sweeping vistas and close-up views of the landscape.”

Approximately 16 feet wide, the carriage roads feature broken rock construction. Rockefeller insisted on breast walls and retaining walls rather than flattening the landscape. This style of construction preserved the line of hillsides and saved trees. The carriage roads are a great place to hike or bike.

But check online about carriages roads or trails that are closed. According to the NPS, visitor access to the historic Eagle Lake Carriage Road will be reduced in stages during a rehabilitation and preservation construction project.

Acadia National Park even permits the Class 1 electric (eBikes) bikes on the park’s carriage roads. Such bikes provide assistance while the biker is pedaling. The top speed limit is 20 mph. Class 2 and Class 3 eBikes are prohibited.

Now that I am the proud “pet mom” of Parker, I can’t wait to visit all the places that welcome canines. Imagine my thrill to find out that Arcadia National Park is rated as “Dog Friendly.” Irma and I met scores of dogs along our 8-mile hike to Cadillac Mountain.

But NPS requires that pets must be restrained on a leash no longer than 6 feet. Pet owners must collect and dispose properly of animal waste in designated trash receptacles.

There are six trails where dogs are not permitted. They are:

I already know that I want to bring Parker to hike with me when he is an adult dog. In fact, I want him to be certified as a Bark Ranger! “The Bark Ranger program teaches dog owners about the importance of following the Rules of B.A.R.K. while visiting Acadia. Dogs completing this short program can be sworn in as Bark Rangers and their owners will be eligible to purchase a special Bark Ranger collar tag at the Eastern National Bookstore at the Hulls Cove Visitor Center,” according to NPS.

There are four B.A.R.K. rules:

Beehive Loop Trail is the #1 rate hike (AllTrails). I might have chosen this hike if I hadn’t discovered that people with a fear of heights should beware. While I did hike up to the summit to see the hikers as they emerged over the top, I would never risk it.

Spend the time to research the major trails to ensure a safe hike. You must be honest with yourself in terms of abilities. AllTrails rates Cadillac Mountain South Ridge as a “moderate” long hike.” The elevation gain is 2,286 feet. I found it quite hard in sections due to the rocky paths and ledges.

Hiking in Acadia National Park is quite different than the typical forest hike. There is a mix of terrain: woodland, rocky beaches, and glacier-scoured granite peaks. I think this is why I loved it so much and hope to return one day.

“Immerse yourself in forests, walk along rocky coastlines, or stand on exposed mountain tops — sometimes all in one hike.”

Acadia National Park is a gem. With the scarcity of national parks on the East Coast, there is no excuse for not hiking Maine’s most beautiful park. If you are not an ambitious hiker or rock climber, multiple alternatives abound—stroll on the seashore, walk around the lake, bicycle or walk on the carriage roads. Or you can just keep checking online at recreation.gov to score a car reservation to watch the sunrise at Cadillac Summit. 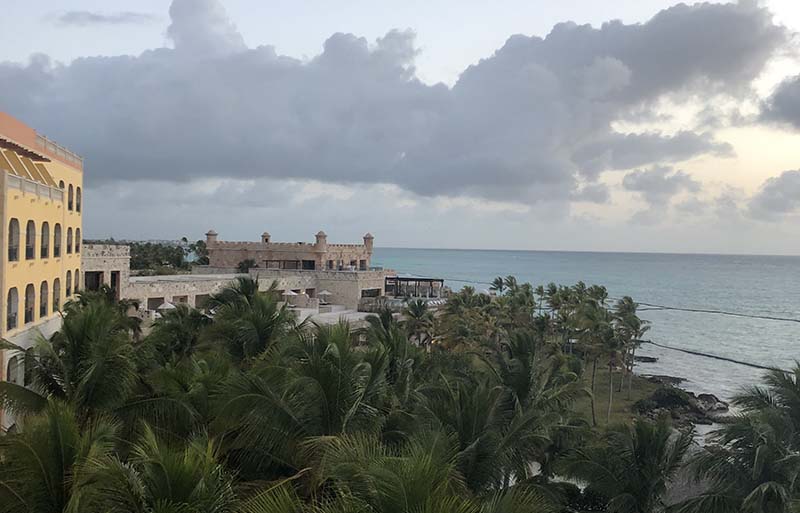 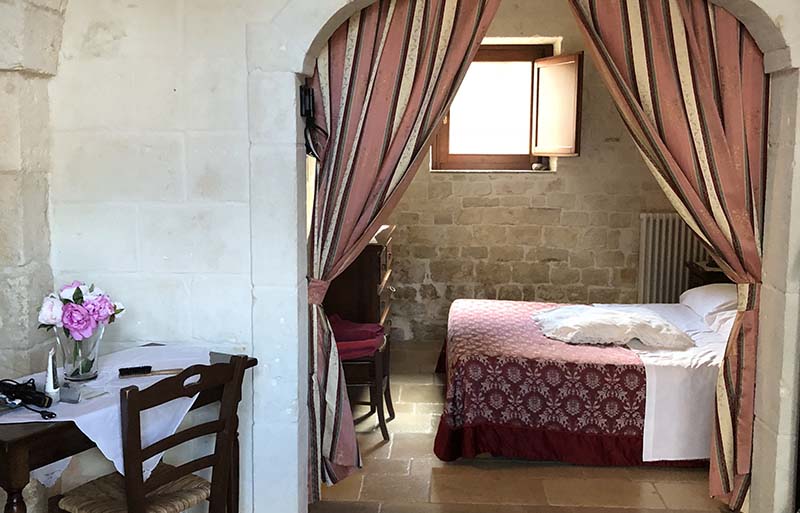 Staying in an Italian Masseria 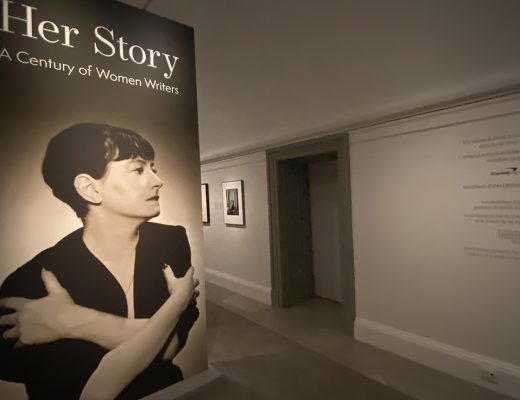 On MLK Holiday, I walked about 5 miles on trails a

Boy am I missing my daughter Claire who flew back

Goodbye snowy DC. Hello to sunbathing at my roofto

48 hours to see St. Petersburg, Florida with my da 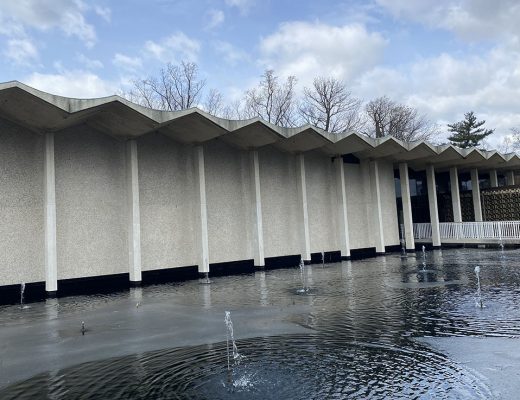 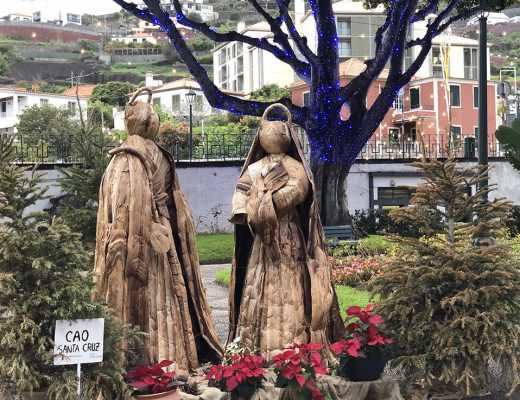 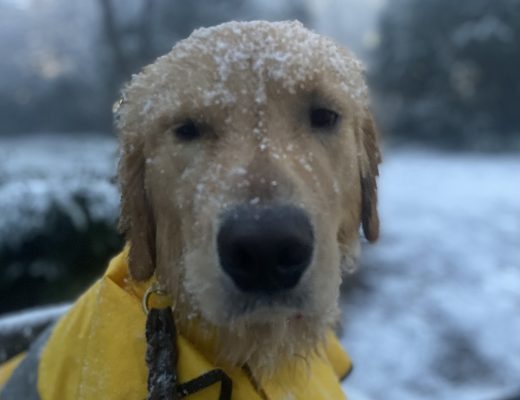 Boy am I missing my daughter Claire who flew back

Goodbye snowy DC. Hello to sunbathing at my roofto