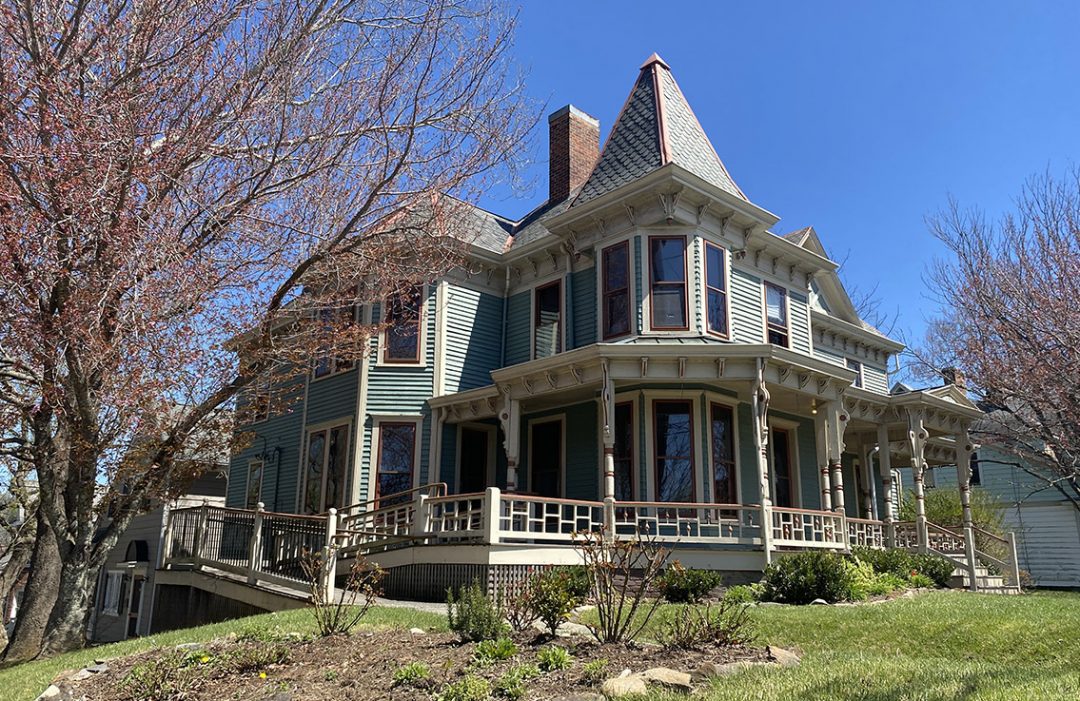 “Asheville’s sweetest neighborhood” is one of the slogans for historic Montford in North Carolina. If you loved watching The Gilded Era on HBO, then you might want to check out this neighborhood as well as Asheville’s arts district, food scene, and the Grove Arcade.

I traveled 130 years back in time when I strolled down the wide streets of Montford, North Carolina in the spring. Founded as an autonomous community in 1893, Montford is the most historic neighborhood in Asheville, NC. Many homes feature the hummingbird banners celebrating Montford’s history.

“The Montford Neighborhood consists of about three hundred acres and retains more than six hundred structures representing a rich diversity of architectural styles, most constructed between 1890 and 1920 during Asheville’s emergence as the greatest city of the Southern Appalachians.”

I had to stop at nearly every home to admire the architectural detail. The Queen Anne-style houses include big porches with decorative wood trim, an asymmetrical front facade, and steep roofs with large dormers or cross gables.

I would not have been shocked to see a little girl wearing a long dress with petticoats rush out the front door cradling a doll.

Montford was listed on the National Register of Historic Places in 1977. And not too soon as the wrecking ball had already torn down many houses, including the Coleman House at 36 Montford Avenue.

Thanks to the hard work of the Preservation Society, these grande belles in Montford were not all torn down to make room for undistinguished office buildings during the 1970s. They also learned a hard lesson from the Coleman House debacle. It was better to buy the historic house rather than let a developer purchase the house and then knock it down.

“Banking on its architectural past when many cities were busy razing downtowns in the name of urban renewal in the 1960s and 1970s, Asheville invested in its future as a visitor destination.”

Richard Sharp Smith is one of the main architects that designed multiple homes in Montford in 1900, including the Annie West House. He had also been the supervising architect for George Vanderbilt’s Biltmore Estate.

“Several exemplary designs on Montford Avenue—including the Ottis Green House and Charles Jordan House, both ca. 1900—show Smith combining the pebbledash and half-timbered effects with other elements from the Craftsman and Colonial Revival styles.”

According to the placards installed on Montford Avenue, African Americans were always part of the neighborhood. They lived in small streets like Short, Harrrison, Ocala and Young and in Stumptown. Some of these residents owned their own houses and were ministers, teachers, nurses, midwives and business owners,” reported History at Hand: A People’s Collection.

“Montford is a snap shot of the period from 1890-1925. It was a trolley suburb for the well to do as well as a small African American community named Stumptown.”

Sharon’s mission is to make history accessible through interpretive history panels in public spaces, walking tours, lectures and exhibits. She has been doing this since 2002.

During my stroll through Montford, I also noticed signs at one house to “Please be curious! MontfordandStumptown.com. The fund’s slogan is: “Historical & Hopeful. Learning from the past and creating new futures.”

Located at 288 Monford Avenue, this historic home is featured in the new edition of “1,000 Places to See Before You Die.” It is a Select Registry Property. There are six rooms in the main house and two brand new, pet-friendly suites in the restored carriage house.

The Black Walnut Bed & Breakfast Inn was designed and built by the supervising architect for The Biltmore Estate, Richard Sharp-Smith, in 1899.

Alicia Wilson, the innkeeper, retired to Asheville after a career with a global chemical company. She purchased the inn in 2019. “I fell in love with Black Walnut and the Historic Montford District the first time I sat on our beautiful large front porch,” reported Wilson.

This expansive Arts and Craft style B&B allows you to slip back into turn-of-century life. “The Inn exemplifies the Arts and Crafts style made popular in Asheville by noted society architect, Richard Sharp Smith, supervising Architect to Biltmore House,” according to the 1900 Inn on Montford’s website.

Take a nap on the wraparound porch at the 1900 Inn on Montford. Sip a cup of tea while nibbling on a homemade cookie. Blink an eye and you almost can picture a horse and buggy arriving to drop off new hotel guests. There is even a pet-friendly suite.

The inn is furnished with English and American antiques dating from 1730 to 1910. It has a Four-Diamond rating and is a part of Select Registry.

Willy and Shawnie Gruber are the innkeepers at 1900 Montford Inn.

The Lion and the Rose B&B is described as “a stunning pink lady in the Montford Historic District.” The inn promises that the manicured lawns, luxurious decor, and welcoming innkeepers invite you in for an unforgettable stay at an exceptional value.

Built in 1898, this residence is located within walking distance to downtown Asheville. This house is a Queen Anne/Georgian style inn, which has been restored to its original splendor. It has earned the privilege of being the first stop on Asheville’s historic trolley tours.

The innkeepers Steve and Karen, are affectionately known as Mr. and Mrs. Wild, for their love of wildlife and adventurous spirit. They have been fortunate enough to travel extensively and meet so many wonderful people along the way.

While Montford is home to many splendid estates, usually Queen Anne-style mansions, there are also many Arts & Crafts bungalows. They were built roughly between 1900 – 1929 (prior to the Great Depression.

These homes featured low-pitched, gabled roof. There were wide overhanging eaves and decorative brackets (such as knee braces or corbels). Typically, there was a front or corner porch under the roofline, according to ArchitectureStyles.org.

“Generally, the Arts & Crafts movement was a reaction to the extravagant, machined, and mass-produced Victorian styles that in turn represented the Industrial Revolution.”

The Riverside Cemetery was designed in 1885. The Victorian-style cemetery is the final resting place of Asheville’s most esteemed writers, including Thomas Wolfe. While disparaged after the publication of Look Homeward Angel, Wolfe became a beloved member of Asheville society in later years.

“Set on 87 shady acres, Riverside is a walk through Asheville’s past on smooth, paved trails, past over a dozen family mausoleums and impressive statuary.

Wolfe’s mother ran the Asheville boarding house which Wolfe described in his novel.

“The cemetery is still active, with more than 13,000 people buried here, 9,000 monuments and 12 family mausoleums,” according to Montford.org.

There is no better way to enjoy this historic neighborhood than to walk up and down the streets of Montford, as I learned with my puppy (Parker).

If you do not have a dog, ask a neighbor if you can borrow their Fido. Then proceed to sashay down Montford Avenue to admire the grand mansions of the early 20th century.

During high season, you can book Asheville by Foot’s walking tour of historic Montford.

“As Asheville oldest organized neighborhood, Montford is a stunning collection of Victorian-era homes including the Queen Anne styles as well as English Cottage, Castleate, Craftsman, and Neoclassical.”

“Also learn about Riverside Cemetery, where some of Asheville’s most famous characters are laid to rest as well as Highland Hospital, a once-controversial mental health asylum where Zelda Fitzgerald was killed while a patient.” 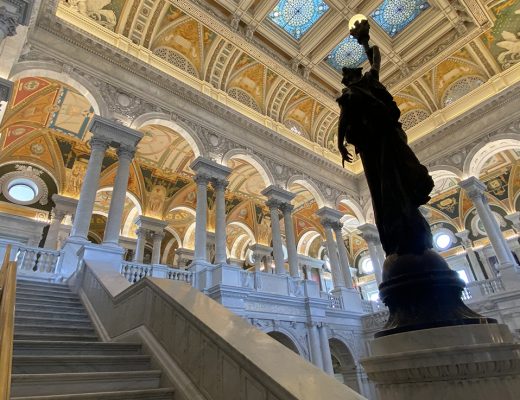 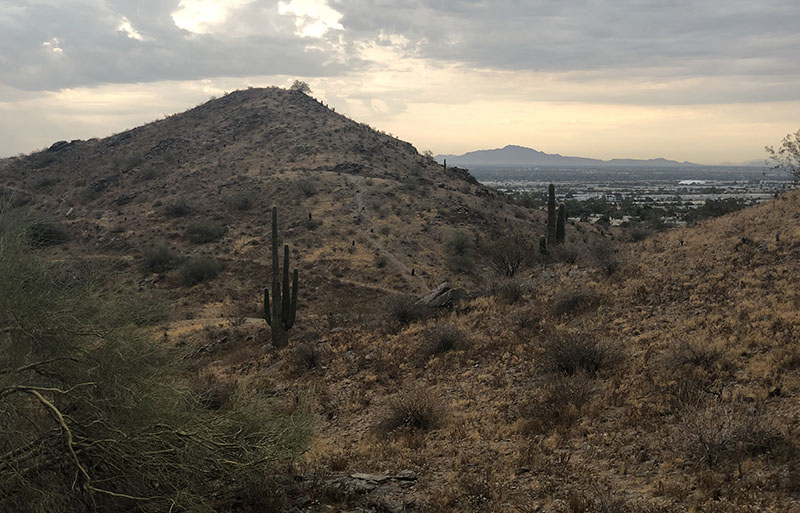 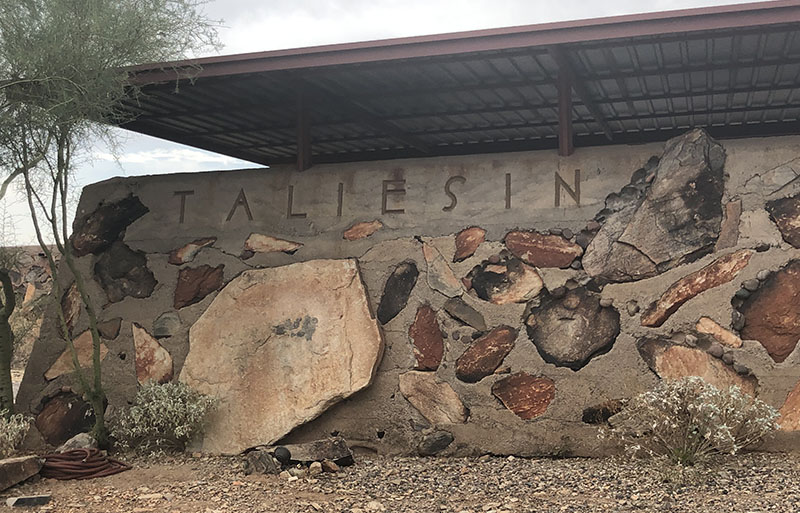