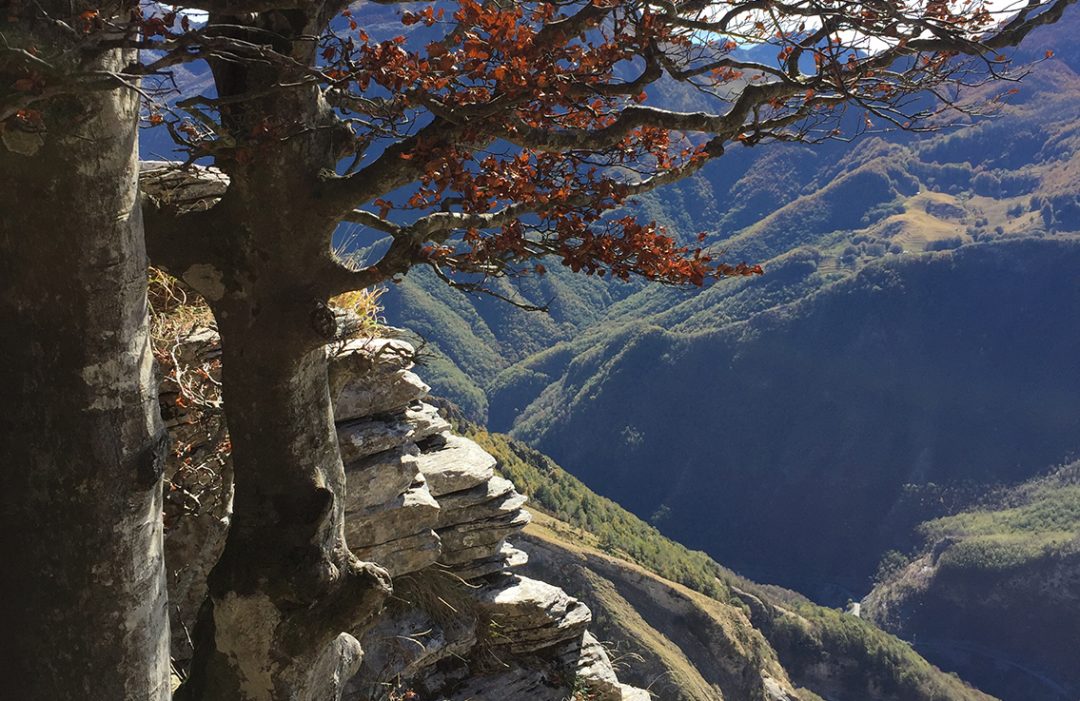 Discovering Tuscany’s Garfagnana Region in Italy is my first female solo trek. It all started with a dare from a girlfriend during the summer of 2017. After a fantastic holiday at an AirBnb in Santa Teresa, Costa Rica to celebrate my daughter Claire earning her PhD, I wanted to try a solo vacation. No one in my family is particularly interested in hiking. During their childhoods, my kids considered mom’s desire to hike 5-10 miles in the woods as odd. Claire jokingly described one of our walks on the C&O Canal as The Forced March.

So it wasn’t a surprise that I would consider a “solo hiking vacation” in Europe. But since I am an older single woman, I also didn’t want to worry my family about potential disasters—getting attacked by a bear, falling off a cliff or getting lost on a mountain. (I am horrible with maps). My answer to these concerns was finding a travel company that specializes in putting together like-minded active people for hiking and biking adventures around the globe.

Since I am at a stage in my life where I can take several trips a year, I knew I needed to select an economical tour (that typically costs $1,250-$1,500) and fly for free on my air miles. Typically these tours will include one to two meals a day, so you can really eat like a local. After a lot of research, I committed to my first female solo trek to Tuscany’s Garfagnana Region. I selected Exodus Travels based in the UK. Late in August, I booked my hiking adventure in northern Tuscany, Italy. I desperately wanted a single room, but none were left. I was going to have a roommate. I was pretty worried about this fact. I like my privacy. The next six weeks were a whirlwind finding cheap airfare to London and a connecting flight to Pisa where I would meet my group. I also researched hiking boots from Merrill, walking poles on Amazon and REI, and hiking clothes. What I didn’t research were ankle support hiking boots (which I hate), blister ointment (which I never heard of until after the fact), and knee tape. But more on this later in my story.

On a Friday night in October 2017, I took the evening flight from Dulles Airport to London. My flight arrived at 630 am so I had about five hours to kill before I caught my connecting flight. I found an empty row of seats at the far end of Heathrow and fell asleep (but not before setting an alarm on my iPhone). I woke up in total confusion to the sound of people speaking Japanese. My private little waiting area was now surrounded by a tour group. I was disoriented. I shouldered my backpack and rolled my suitcase away from the melee. I was a traveler looking for a little quiet. As anyone who has spent hours in an airport, the only solution is to start walking and look for an empty chair. Somehow the hours finally elapsed and it was time to board the afternoon flight to Pisa. I discovered that several fellow travelers were also booked for my Exodus tour. They were all Brits. We chatted about our love of Italy and hiking (with the latter being a passion). We were met at Pisa Airport by Sara who was our guide for the week. We had a two-hour ride in the Exodus van to Castelnuova di Garfagnana where we would spend the week at Braccorti lodge, a family farmhouse run by the Giovanetti family.

Castelnuovo is considered both the capital and the green heart of the Garfagnana.” I struggled to stay awake as the jet lag felt like an ether mask pulling me down into darkness. The drive to Garfagnana (located in northern Tuscany) with its striking views of Alpi Apuane and Apennine ranges was quite a contrast to the vineyards in southern Tuscany. I had to hold my seat on some of the hairpin turns up the mountainous Italian roads. But Sara was a pro, describing the little towns and sights along the way, as well as expertly driving.

After we pulled into Braccorti lodge, Sara assigned our roommates. I was paired up with the only other American guest—a 20-something nurse from California (Laura). She was the same age as my son and we hit it off instantly. First disaster diverted!

How do I describe the leisure of staying in an Italian farmhouse? It was cozy, intimate and occupied by farm animals. I quickly made it my task to befriend the farm cats who sauntered on the paths and soaked up the sun on the outdoor chairs. By the end of the week, they would let me hold them in my lap. Victory!

We even had roosters. No surprise they were quite vocal as our alarm clock in the morning. Even though our accommodations were an agrihotel (a special license given to farmhouses that allow guests to stay on their property), it felt like staying with family. Our double bedroom had two twin beds plus a roomy kitchen. There was also a private room on the other side of the kitchen so we were shared our space with Debbie. We all instantly bonded. The biggest difficulty was sharing one bathroom between three women.

Sara had asked us to quickly unpack and then meet the group for our dinner. We headed down the path to assemble in the rustic main building where our meals were prepared. There was a huge table to seat 15. Carafes of wine (produced on the farm) were passed around. There were big baskets of warm bread to dip in olive oil. I can’t remember our entrée (probably risotto or pesto pasta) but I know I consumed huge portions. Tuscan cooking always includes grains (such as farro), hearty soups and pasta. Eating as a family quickly erased any shyness between the travelers in our group. Every night Sara would help out in the kitchen. If we were lucky, we might have a performance by Elvis. What? Oh did I forget to mention that Sara’s beautiful spotted white dog (who she named Elvis) is a heartthrob with all the Exodus travelers? He likes to perform by barking as he climbs the mountains. At meal time, Sara would sometimes let Elvis come over to visit us during dinner or our nightly group meetings in the guest lounge. On my first night, Sara provided us the overview for the next day tour. Some folks stayed for a nightcap. All I wanted to see was my bed! I fell asleep instantly ready to begin my female solo trek to Tuscany’s Garfagnana Region.

The next morning we were up by 7 am as we had an early start. Breakfast consisted of homemade breads, hard boiled eggs, fresh fruit and oatmeal (which the Brits call porridge). My passion was homemade blackberry preserves that I slathered on my wheat toast. The chilly Tuscan air gave me a big appetite. Sara instructed us to pack our own bag lunch of a sandwich (rustic bread and cheese, salad (panzanello or farro with chopped vegetables), plums and cake. The menu changed daily. We then filled our water bottles, grabbed our backpacks and collected our Black Diamond poles.

Our itinerary was changed. Sara decided we would visit Appennino Tosco-Emiliano National Park (N.P.) on Sunday as there was a risk of bad weather at the end of the week. She didn’t want us to miss the extraordinary mountaintop views if rain or fog rolled in. She told us we would climb 2,054 meters maximum altitude to the summit of Monte Prado (which is the highest summit in Tuscany) on our first day of hiking. There were a few groans. Following the lead of Elvis, the best mountain climber in the group, we climbed into the van.

From the second I arrived at Casone (a small ski area), I felt exhilarated. I felt like an Italian version of Maria from the Sound of Music. These were my beech woods to traipse for the next six days. The tall mountain peaks in the distance would be mine to conquer. I was going to lose myself in these secluded woods and also find my dream of hiking in Italy. And it would all be guilt-free—the calorie-laden plates of pasta, pizza, and panzanella—because we would be out hiking for six to eight hours each day. My dream of being a rugged solo woman traveler was a reality.

Postscript: My right knee hurt badly during the strenuous first hike. I had not built up my glutes for the hard 740m descent on the mountain. Thankfully Sara was able to apply Rock Tape and so I matched Elvis with my Dalmatian pattern tape. By day four the knee pain had vanished. The mountains had not defeated me!

PSS We hiked 65 miles over our six-day vacation. 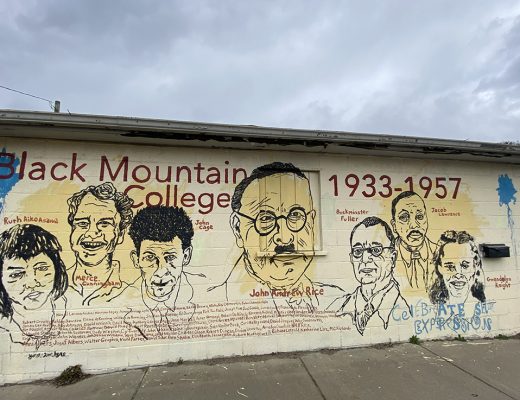 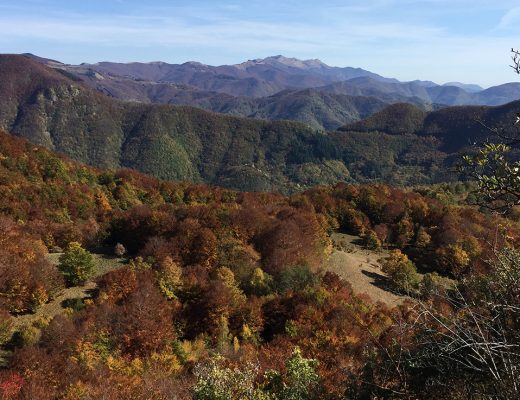